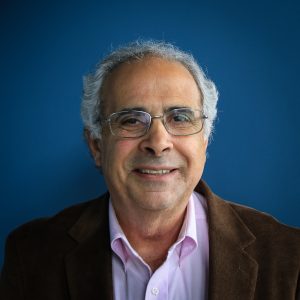 John Zogby — pollster, author, trend-spotter, and thought leader. John has spent the past four decades as one of the most accurate pollsters in the world, conducting business in 80 countries, and leading the way in finding the meaning, story, direction, and usefulness of the data collected.

His client list is a Who’s Who of Fortune 500 companies (GE, Microsoft, Cisco Systems, Coca-Cola, IBM); global NGO’s (UNAIDS, the World Health Organization); and government agencies (the US State Department, US Department of Defense, the Mayors of New York City, Houston, Miami).

His unique data-driven analysis has led to board and commission memberships for think tanks (the Center for Strategic and International Studies Commission on Smart Power and the Advisory Commission on Biotechnology); the Congressionally-appointed Advisory Commission of Public Diplomacy; global non-governmental organization like Sudan Sunrise (which he chaired for four years) and the AMAR Foundation; economic development and entrepreneurial promotion (Upstate Venture Connect); and health care (Bassett Health Care Network) — among others. He has found time to mentor hundreds of students over the years.

A master story-teller, he is a sought-after speaker with over 125 speeches per year across the globe since 1999, as well as author of three path-breaking books — The Way We’ll Be: The Zogby Report on the Transformation of the American Dream (Random House, 2008); First Globals: Understanding, Managing, and Unleashing the Power of America’s Millennial Generation (2013); and We Are Many, We Are One: Neo-Tribes and Tribal Analytics in 21sth Century America (2016). He is represented by the APB Speakers Bureau and the A-International Speakers Bureau.  He honed his skills as a teacher and storyteller teaching history at local colleges for three decades.

John’s regular columns for Forbes.com and the Washington Examiner dissect the intersection between cultural values and political behavior.

A former senior advisor at the Belfer Center of the Kennedy School of Government at Harvard, John is the first Senior Fellow at the Institute of Policy Research and Catholic Studies at the Catholic University of America. He spent two years as the founding director of the Keenan Center for Entrepreneurship at his alma mater, Le Moyne College.

He has received three honorary doctorates and one Chancellor’s Award for Excellence. His three sons have followed in his footsteps. He lives with his wife, Kathy, a former special education teacher and children’s book author, in Upstate New York. 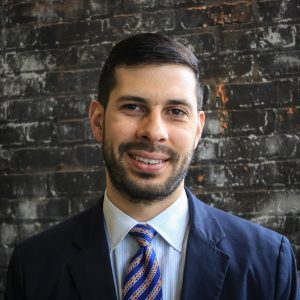 Benjamin is an attorney who specializes in commercial litigation, particularly in the energy and financial sectors.  He spent four years at a blue chip Wall Street firm, where his experience also included patent and trademark litigation, and government regulatory matters, including SEC investigations and DOJ antitrust.

Benjamin’s legal and research background provide the tools for asking precise questions, spotting the most important issues, and homing in on the most pertinent answers/solutions.  He has a deep interest in the Austrian School of Economics and closely follows global markets.

Currently, Benjamin is serving as an adjunct professor at the Madden School of Business at Le Moyne College, where he is teaching a course in entrepreneurship and starting a business. 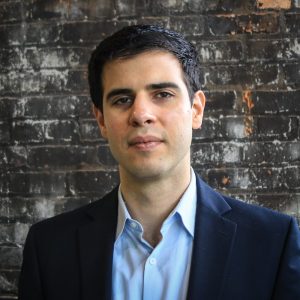 Has over a decade of teaching interactive history seminars at both secondary and college levels utilizing his focus group style of teaching both abroad and in the U.S. Jeremy also served as the editor for the legendary and former President of Czech Republic Vaclav Havel’s annual conference of Statesmen and Spiritual Leaders where he worked closely with the former leadership that produced the Velvet Revolution. Before joining Zogby Strategies, he worked with BNY Mellon’s Central New York Data Analytics team. Jeremy has a keen eye for finding the unique story and unseen opportunities within each data set and offering insight and direction to a variety of clients in the sectors of politics, healthcare, higher education, and non-profit/philanthropy. He conducts workshops on bridging cultural gaps within organizations as well as turning complex data and demographics into understandable projections and strategies. Most recently, he is the editor of the Main St. – K St. IntelligenSEER biweekly report on the future.