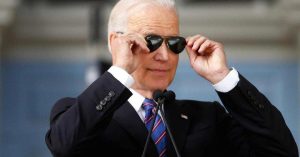 From Forbes, by John Zogby

I was recently quoted in a Boston Herald story that suggested that Democratic pundits favor a new face to lead their party into the next presidential election. Personally, I was not saying that. I was only reacting to the trial balloon that Hillary Clinton is considering another bid for the Oval Office. I think it would be a huge mistake for her, for her husband, and for the Democrats to go down that road again.

A lot of names have been tossed out as potential candidates and some are interesting for a number of reasons. Los Angeles Mayor Eric Garcetti, and Senators Kamala Harris and Cory Booker bringing diversity and solid leadership experience to the table. Senators Kirsten Gillibrand and Amy Klobuchar have considerable experience as legislators and have tackled women’s issues in this #Metoo milieu. New Orleans Mayor Mitch Landrieu has become a national leader on how to bridge both the racial gap and the competing cultures of North and South in a credible manner. And Senator Elizabeth Warren is a favorite of the powerful progressive wing of the Party.

But in an early June poll by my son’s Zogby Analytics, it is still former Vice President Joe Biden and Senator Bernie Sanders who lead the pack with 21% and 19% respectively – putting them far ahead of the pack. To be sure, polls at this stage reflect name recognition and these two warriors have been around and in the national eye quite a while. At this stage in previous campaigns, the frontrunners among Democrats did not go on to win the nomination in 1972, 1976, 1988, 1992, and 2008.

Senator Sanders is a force to be reckoned with. As the actual leader of the progressive wing who waged a very serious and successful challenge to Mrs. Clinton in 2016, he has a grassroots organization and a network of volunteers that are actually winning races on the federal, state, and local levels. His name still generates enthusiasm among younger voters.

But it is Mr. Biden who has the strongest case for the nomination at this point in time. First, he left office with higher popularity than when he entered. He brought instant credibility to his younger and less experienced boss, President Barack Obama. They were a good team and the national exit polls in 2016 showed that among those who voted, Mr. Obama would have beaten Donald Trump 54% to 42% — the same electorate that favored Mrs. Clinton over Mr. Trump by only 48% to 46%. The last election was not a repudiation of the Obama-Biden years but rather a statement about Mrs. Clinton who was trusted by only 37% of that same electorate.

Second, Mr. Biden can make the case to both wings of the Democratic Party that he has fought for all constituent groups that comprise the party – especially women, non-whites, union members, environmentalists, to name a few.

Thirdly, any of his negatives have already been vetted thoroughly, as far as we know. He cheated on an exam in law school. He made a dumb ethnic slur about convenience store owners, and he likes to rub women’s shoulders a bit uncomfortably. We know all that and the current occupant of the White House can hardly take the high moral ground on any of these.

Finally, and perhaps most powerfully, is that we can picture standing on the stage with Mr. Trump at the Presidential debates giving back as good as he gets and laughing at all the right times. He handled his Vice-Presidential debates with Governor Sarah Palin respectfully in 2008 and with Rep. Paul Ryan forcefully in 2012. Mr. Biden has a jovial manner about him and we do know that a wide array of folks like him. He also has the benefit of being able to take credit for handing a recovering economy and an America that was popular in the world over to the 45th President.

Democrats have often chewed up and spit out their frontrunners. But this time, maybe the situation will call for a familiar face who has survived a lot of battles.

90 seconds to midnight -- we offer a comprehensive history of the topic that has brought us to this moment -- through two very different angles.

A must see/listen edition of the Zogby Report with a heavy emphasis on the state of our Democracy. At the core of the discussion is how America moves forward from here, and whether or not a national consensus is ready to.

In collaboration with Xometry (an on-demand industrial parts marketplace), and Forbes - here is the latest release on manufacturing outlook for 2023 according to CEO's and decisionmakers.

New John Zogby Strategies Poll -- on Forbes -- what manufacturing executives are doing to remain innovative and optimistic in the face of global headwinds.