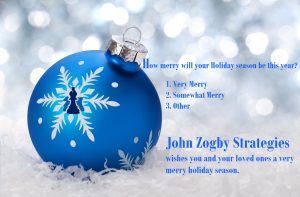 From the Washington Examiner, by John Zogby

Congress is on the verge of passing a tax reform bill but verges don’t count on report cards, accomplishments do. Besides, the latest polling shows that only 30% of likely voters support this bill — a depth of sentiment that President Trump’s predecessor did not obtain in the darkest days of the Affordable Care Act.

But the biggest news this past week sinks the President. First is the humiliating loss of Roy Moore in Scarlet Alabama, a loss that Mr. Trump owns. Second is the beyond the unseemly attack on Senator Kirsten Gillebrand of New York, including language that reveals a man whose character hovers somewhere between flotsam and jetsam. Not sure which.

Third, is the very presence — let alone the dramatic removal – of that person Omarosa Manigault Newman in the White House. I think this week is a tipping point for the Trump Presidency and no tax reform of any kind will be able to save it. Too many people around the country are shaking their heads and even late night comedians are tired of him.