Introducing a 21st Century Approach to
Knowing Your Clients, Customers, and Colleagues 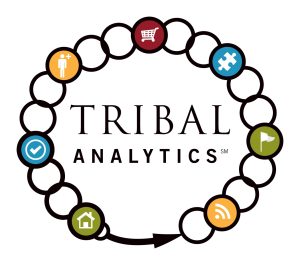 While division between both political parties has been accepted as a norm for decades, we have witnessed a level of intensity in 2017 that has dwarfed anything remotely similar in recent American history. While it appears to be boiling over, perhaps many are ready to set aside their differences in a way reminiscent of the Declaration of Independence.

Over Labor Day Weekend, a nationwide poll of 800 likely voters, conducted by John Zogby Strategies asked, among other questions, which view is closer to their own on the topic of secession; Statement A: If a majority of residents within a given state prefer to have the final say over their destiny without the control of Washington D.C. then let them have it – it is their right. Statement B: If residents within a given state were to take such a drastic measure and secede from the United States, the federal government would be justified in sending in the military to prevent secession from taking place.

While nearly 1/3 of the public (32%) agree that the federal government should intervene to stop any state movement for secession, nearly four in ten (39%) agree that each state has the ultimate say over their destiny and that secession is a right. Just shy of three in ten were not sure (29%).

Drilling down deeper, those 18-29 years of age are most likely of all age groups to support secession (47%). Support drops with the progression of each age cohort. Those 65+ only find 1 in 3 voters (33%) who agree.

Looking at party, Democrats take a slight lead with 41% in agreeing on the right of secession, followed by 40% of those identifying as “Independent or Other party”. Republicans have similar a level of intensity as 38% also went with the option supporting the right of a state to break from the federal government.

Finally, a breakdown of region shows high support for secession within the South, Northeast, and out West (48%, 43%, and 43% respectively) while those living in the Central/Great Lakes region show support from one quarter of residents (25%).

In the final analysis, this is a global issue that has gained traction in the last few years. From Scotland and Catalan, to Venice, France, the UK, and now loud calls can even be heard in California and Texas. The ghosts of Lincoln, (“I must save the Union”) and Jefferson (“A rebellion is necessary every generation”) appear to be roaming the American landscape as a sizeable portion of the public are sympathetic to the cause of Independence from D.C.

Trump Report Card: Confusion Over ‘Bait And Switch’ On DACA, The Wall

From The Washington Examiner, by John Zogby

Last week he bypassed a potentially damaging debate about hurricane aid and the debt limit by going where he knew he would get a necessary deal — the Democrats. This week he has done what even his predecessor was not able to do: strike a deal on the status of the “Dreamers” and support legislation on the matter. GOP leaders and rank and file are now scrambling to get on board with the deal — or hide somewhere where they cannot be seen.

Will this deal be consummated? If it is will Mr. Trump be able to play some more with Democrats on tax reform and infrastructure? He’s got us all guessing and that is one promise he seems to be fulfilling. As for his relationship with Democrats, we know that he at least likes one of them, Senate Minority Leader Chuck Schumer who said so on a live microphone.