Amidst the growing intensity and louder calls for independence around the globe, John Zogby Strategies once again conducted a nationwide poll on the topic over the July 4th holiday.  We asked 1,001 likely voters the following question:

Which of the following is closer to your view?

Statement A: If a majority of residents within a given state prefer to have the final say over their destiny without the control of Washington D.C., then let them have it – it is their right.

Statement B: If residents within a given state were to take such a drastic measure and secede from the United States, the Federal Government would be justified sending in the military to prevent secession from taking place.

Results still reveal nearly 4 in 10 (39%) agree with statement A and 32% agree with statement B.  In other words, a plurality of Americans agree with a state’s right to make a clean break from the Federal Government and go their own way while just shy of one-third (32%) would support a military intervention to suppress a state’s attempt to break away, and 29% are still not sure.

About one year ago we asked the very same question over the 2017 Labor-Day weekend to 800 likely voters in a nationwide survey.  Even then, 39% of respondents chose statement A.

Below are charts that compare 2017 and 2018 results from key demographics. 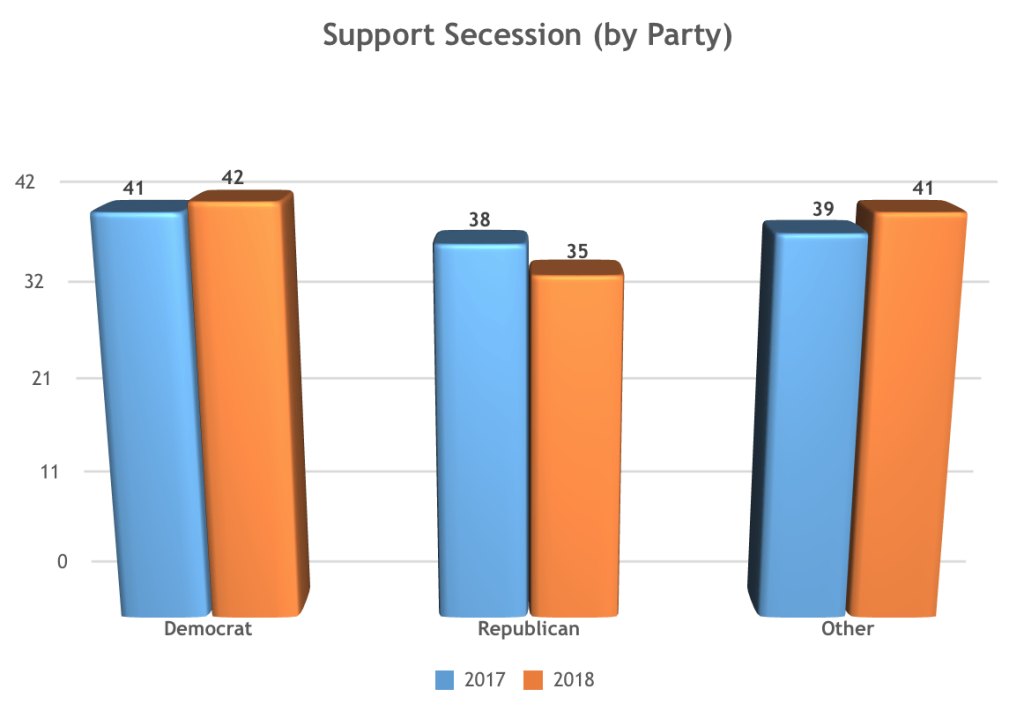 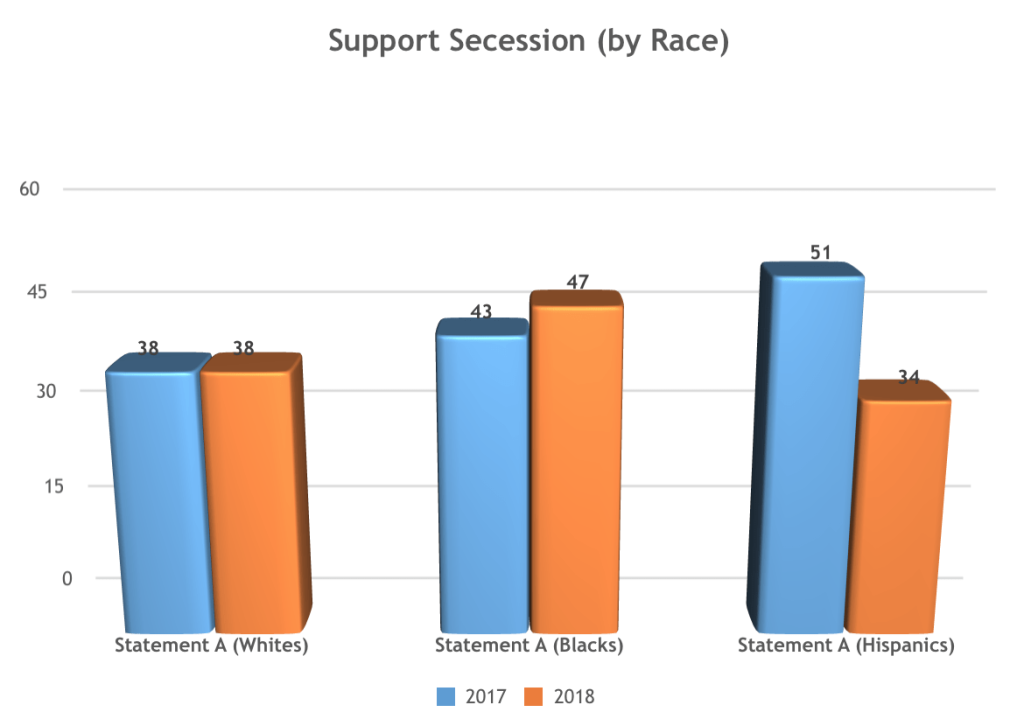 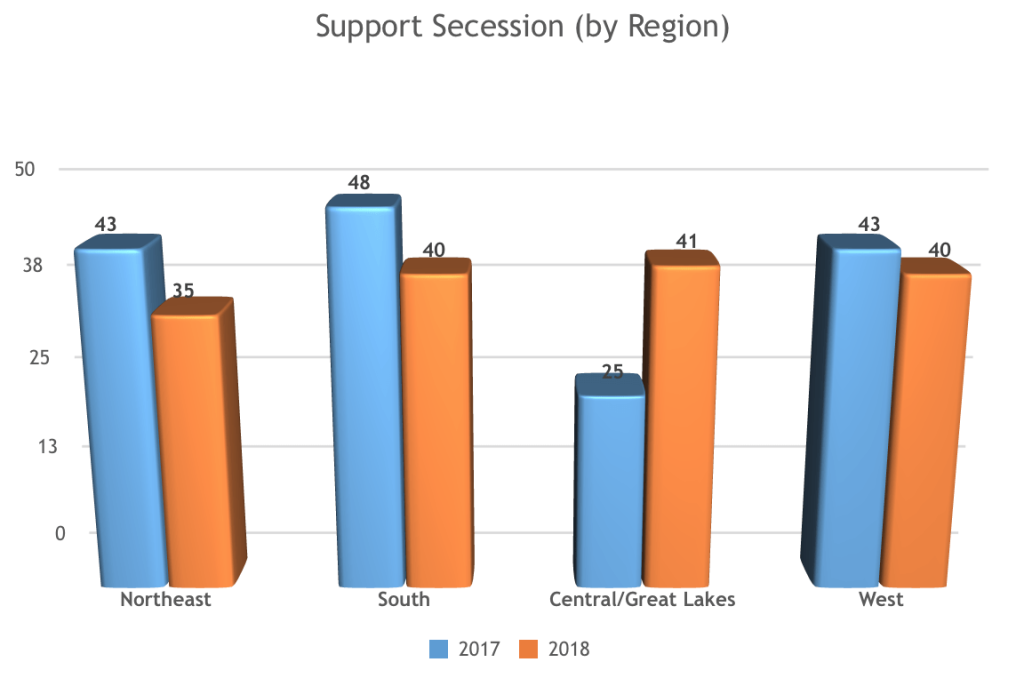 A look at the above charts reveal the biggest movement coming from a drop in Hispanic support for secession (from 51% to 34%).  Although not displayed in the charts, those who answered ‘not sure’ among Hispanics increased from 18% to 33%.  Whites stayed the same and Black likely voters saw an increase from 43% to 47%.

On the party side, support remained relatively unchanged for Democrats, Republicans, and those identifying as “Other”.

In the final analysis, while significant changes shifted within a few key subgroups though results remained exactly the same in both 2017 and 2018, overall support for secession remains only 12 points from a majority.

While one could make the case that a nationwide majority support for secession is not likely in the near term due to the appearance of a flat line in the trend – we can infer with relative confidence that still there are a handful of local hotbed areas where majority and even strong majority sentiment exist.

Numerous reports in the news show that states such as California, Texas, and New Hampshire all had referendums on the issue of independence from Washington D.C.

Despite failure of the various State-led independence referendums, the fact remains support for secession has stayed at 39% nationwide from September of 2017 to July 2018.  JZS projects the trend will not decrease significantly any time soon.